It is not just gum disease and tooth decay that can appear in your mouth when you least expect it. Mouth cancer can also show up, which is why at Smilecraft in Stevenage, mouth cancer screening comes as part of your regular twice-yearly check-up.

You may think you won’t get mouth cancer, but this is in fact the sixth most common cancer in the world. It used to be much less common in the UK, but now it is on the rise. 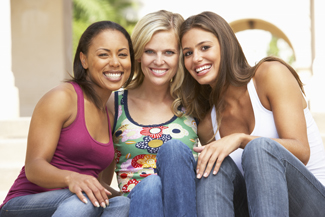 Cancer Research UK has figures that show that over the last decade, the number of people dying from mouth cancer has risen by 21%, to about 2,700 deaths a year, with similar increases among both men and women. UK death rates are expected to rise by 38% between 2014-2035, to seven deaths per 100,000 people by 2035.

Why does mouth cancer occur?

It is not just smokers who get mouth cancer. It has also been linked to not eating enough fruit and veg and drinking alcohol, in that order. Experts predict that mouth cancer caused by the human papilloma virus (HPV) transmitted through oral sex will become the main cause of mouth cancer.

The good news is that, it is easy to detect early signs of mouth cancer, and, if it is caught early, it can often be cured with relatively minor surgery.

Picking up on the signs

We will carefully check the linings of your cheeks, the roof of your mouth (palate), the lips, and gums. We will also check your salivary glands, tonsils, and pharynx – the part of the throat that connects your mouth to your windpipe, although cancer here happens more rarely.

Mouth cancers show up as:

Mouth cancer is more likely to affect drinkers and smokers, and this may be why more men get it than women, and why it is more prevalent in people over 50 and younger than 74.