Having great-looking teeth has become very important in the last couple of decades. The truth is, it has always been important. Archaeologists have found evidence of dentistry, such as braces, dentures and dental implants that are hundreds, if not thousands, of years old. People have always wanted teeth that look good and function well. The difference is that, since the 1980s, treatments to make teeth look great and work really well have become widely available. 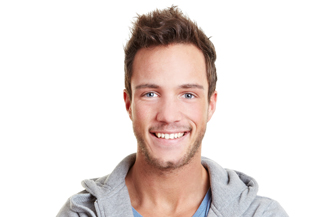 Take white fillings, for example. They have been around for quite a while now. At first, you had to go hunting for a dentist that did white fillings and if you were a tooth grinder, they may not have lasted very long because the material was not as resilient as good, old, but ugly, amalgam.

Nonetheless, people were willing to pay to get rid of their amalgam because they didn’t want people knowing of their childhood love affair with sweeties every time they opened their mouths for a good laugh or a yawn. Researchers then focussed their efforts on ways to make white fillings more durable, and now, they are every bit as good as amalgam. In fact, in some ways, white fillings in Stevenage are better.

White fillings go in to the tooth cavity in layers. Each layer is cured with a UV light and bonds with the walls of the cavity. Amalgam is simply packed in very tightly, so there is always a tiny chance that decay-causing bacteria can get in round the edges of the fillings and the tooth underneath it can rot.

Dentists do not have to remove as much healthy tooth material for white fillings, which means that there is more tooth material surrounding the cavity, and the tooth remains stronger for longer.

Get the curves back

Because white fillings can be hardened, the filling can be built up and then sculpted to give it back the lumps and valleys that molars have for grinding up food. Amalgam can only be packed in flat so your teeth lose some of their ability to process your food effectively.

Why not ask us at Smilecraft in Stevenage for white fillings next time you get a cavity?